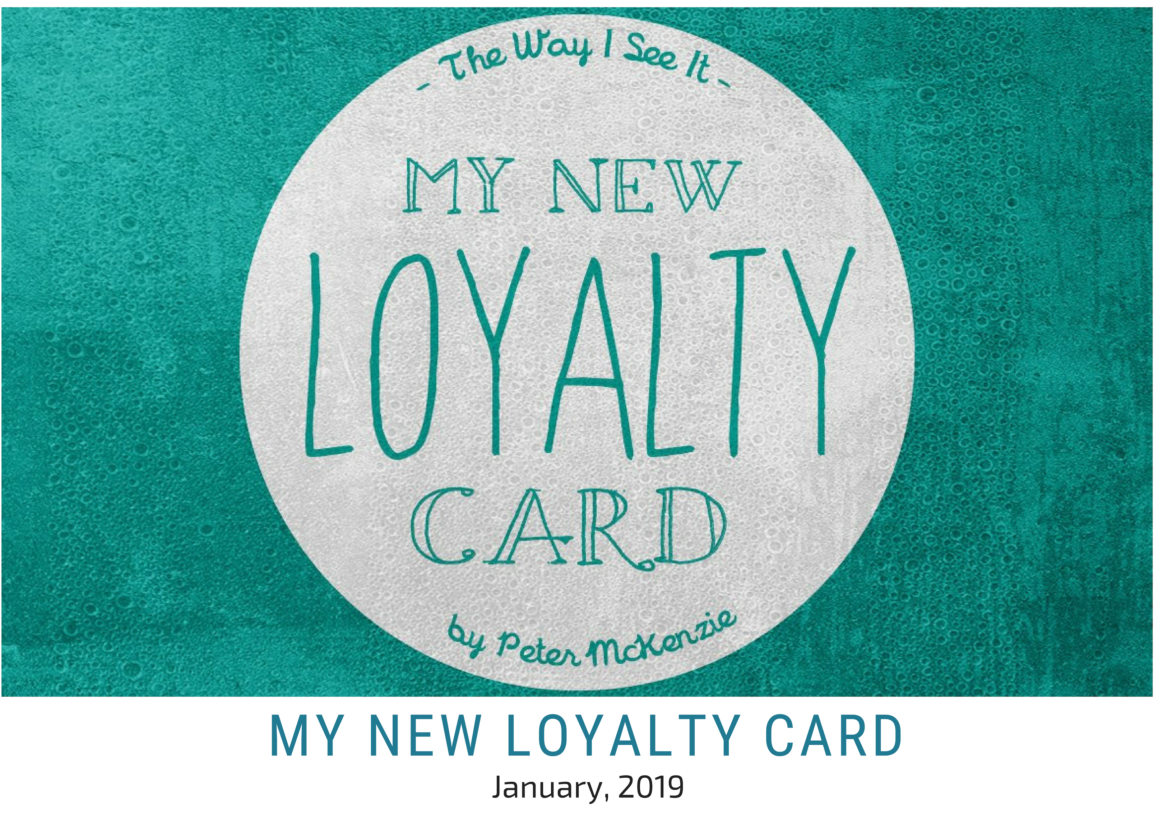 I went to a well known sports shop recently and had an interesting surprise. Before making payment for my purchases, I was asked the question, ‘ Do you have a loyalty card? To be honest, I didn’t even know they offered this service as it is not a shop that I have the opportunity to frequent.

‘No problem, just go to that computer over there, enter your personal details, and it will print out your new loyalty card straight away.’

Wow! That’s the way to do it. No fuss, no wasted time – a few minutes and I now have a Card which shows that I am a loyal Decathlon shopper. Whether or not I ever use it again is another story.

The experience got me thinking about young David and Jonathan, who made a covenant with each other. A commitment to stand by each other and to honour, protect and provide for each other for the rest of their lives. Now that’s loyalty!

An amazing story as we see David keep true to his word, for even after the death of his friend Jonathan, he made sure that he looked after all Jonathan’s surviving family. David did this in the face of adversity because he was loyal to his commitment.

What interests me, is if Jonathan had stuck to his part of the commitment surely he would not have joined forces with King Saul, his ungodly father, to find and destroy David. He would have remembered his covenant, left his father, and joined forces with David who was fleeing the wrath of King Saul. Surely this would have been the right way to go.

You see, I think that Jonathan lost out. For some reason, he stuck with King Saul at the expense of his covenant with David. This type of loyalty is based on emotionalism and obligation. It can be with our old church, old friends or family members. It can be disguised by the attitude, ‘I can’t leave them because I want to reach them for the gospel’. But in my experience, it’s a trap and deception and you will lose out as did Jonathan.

I am not talking of making enemies. This must be clear! You must love your parents and family and respect them with your whole heart – but your loyalty belongs to Jesus Christ. Just as with Jonathan, there needs to be a choice of who comes first in your life. You cannot be undecided, just hoping things will be alright.

Well, that’s the way I see it!